Working for a Company in Thailand: What to Expect 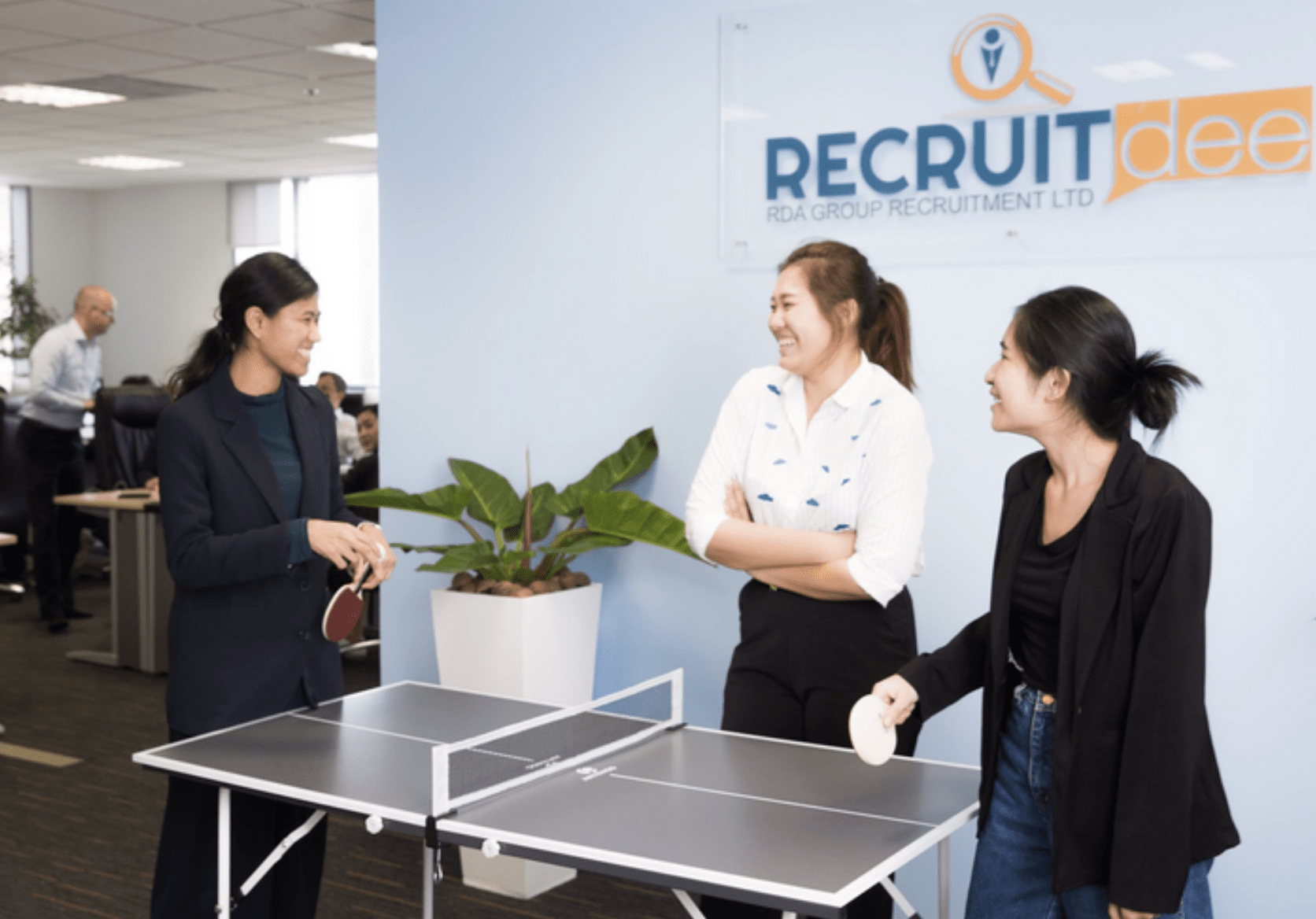 Each year many ex-pats choose to move to Thailand for work, either temporarily or permanently. Many are surprised just how different things are in a Thai company and it can a frustrating and confusing for a westerner at the start if they are not prepared for what to expect.

As Thai culture is vastly different from Western culture, so is the workplace here. If you’re considering working for a company in Thailand, it’s a good idea to know what to expect before you begin, so that it’s not a shock to the system and you have a happy time settling in. We’ve gone through some of the common observations that foreigners in Thailand make when settling into a job here. Please note that these are generalisations and as such, not always correct in all offices. It’s 2022 and Thailand is fast-developing and is generally a fantastic place to live and work.

Looking for a role in Thailand? A company hunting for the best candidates? Contact RECRUITdee today.

Being a guest in Thailand

When you enter Thailand as a foreigner, it is best to understand that you are there as a guest – even if you are working for a company in Thailand. This is important to point out that Thailand remained independent throughout all of the years that many of its neighbors were under colonial rule. Countries like Indonesia, Vietnam, and Malaysia were all colonized by the Dutch, French, and British, respectively. Thailand, however, has never experienced western colonization. Of course, this is a positive for the country, however, as a westerner, you’re going to find yourself challenged a little more in terms of acceptance and with the differences in culture.

On the surface, the Thai working environment seems very similar to what you’d experience in the West. However, there can be big differences. If you’re working for a Thai company under a Thai boss, you’ll likely have a much different experience than if you’re working under a foreign boss.

Thankfully, the majority of Thai bosses are open to the fact that your average Westerner won’t readily adapt to the way of working in Thailand and won’t be as responsive as to what is locally the norm. You’ll often find that Westerners are treated a little differently than Thai workers and even given a looser rein.

You may find that Thai workers are very obedient to their boss when working for a company in Thailand. They’ll often do whatever is asked of them without fuss. If their boss tells them to stay later, they will – even if they are not paid any extra for doing so. There is a big respect for hierarchy – particularly if those higher up are also older than others.

You’ll find Thai workers dislike disagreeing with management, and it can be rare for them to make suggestions on working practices. Essentially, they avoid conflict with their boss and assume that he knows best. Workers can be submissive, and will follow instructions to the letter, and will do as they are told.

If a worker doesn’t like their job, you won’t usually hear them complain. Instead, they might just leave. In higher-paid jobs, there might be a notice period but with lower-paid ones, a worker might just collect their wages on payday and then not return. Bar workers, cleaners, and maids are known to do this regularly, for example.

Even though the workplace in Thailand can be pretty strict with its penalties and rules, Thai workers are usually quite relaxed and might even arrive late on occasion. Even if a late arrival incurs a penalty, they may not hugely motivated to come in any earlier. For western bosses, this can be a shock to the system, but an understanding of culture and motivations definitely pays dividends. An understanding and a sensitivity to local wages can also pay dividends. As a foreigner, you may be privileged to be paid more than some of your Thai colleagues. That can be a sensitive and difficult subject.

A Love of Paperwork

As a westerner, you might be surprised by just how much paperwork even simple tasks generate in Thailand. Despite modern IT equipment, the ‘paperless office’ seems to be a long way in the distance for many Thai companies.

Typically, Thai workers will not appreciate certain advice from a foreigner. Even if you’ve been hired for your expertise, Thais can be known to take your advice with caution simply because you’re not Thai. You’ll have to work smart if you are to win the respect of your colleagues and learn to communicate in such a way that does not offend. This usually means a much more nurturing approach when working for a company in Thailand, rather than the more blunt style that can be commonplace in western work culture.

Don’t be of the mindset that this won’t happen to you because it probably will. Thai workers can be great at looking like they’re listening. You think they might follow your advice because they seem attentive. However, further down the line if nothing has changed, it can be very frustrating as a foreigner.

When you’re working in Thailand, it’s important to look at changes as baby steps. Things can take much longer here to implement. Don’t go in with huge or unrealistic expectations, or you’ll just wind up frustrated and disappointed.

The Thai Way of Dealing with Confrontation at Work

Generally speaking, Thai workers will avoid confrontation. If you aren’t doing something right at work, it’s likely that you won’t be told directly. Instead, they’ll tell others with the hope that they’ll tell you. The main reason for this is that they don’t want to hurt your feelings, so it’s actually quite a positive and endearing thing albeit counterproductive to productivity.

Unlike in Western culture, Thais believe a person’s feelings aren’t as hurt when the message is told to you by a friend. This means that they’ll complain when you’re not there and hope that a friend tells you. If the friend doesn’t, they’ll accept that you’re going to keep making mistakes.

Westerners can be shocked by the lack of efficiency in a Thai workplace, depending on the company they are working at and the role they are in. When you’ve come from a company in the west, you generally know what efficiency looks like. In the Thai workplace, you’re more likely to experience stress-free work and a far more relaxed work environment. The expectation of efficiency contradicts the idea of a stress-free life and means you would have to work too quickly.

Competition in the Workplace

In general, you’ll see that Thai workers are not as competitive with their peers as in a western company. This can also extend to company culture whereby a business is less ‘cutthroat’ and even strays into passive on occasions. As we mentioned at the beginning of the article – this is a generalised point and there are some very forward-thinking and competitive businesses in Thailand. Being competitive with a friend or colleague in the office can be seen as trying to hurt someone’s feelings in Thai culture.

A Fear Of Misunderstanding

It’s quite common for Thai workers to tell their boss that they understand an assignment when actually they don’t. What this means is that they’ll either complete the task wrong or will just avoid doing it because they don’t know-how. It is vital to know this when working for a company in Thailand.

For westerners who work in Thailand, this can be frustrating. It’s simply something that they would ask for clarification on rather than being left in the dark and struggling. For Thai workers, however, it all comes down to their concept of not wanting to lose face. To admit a lack of understanding, would be them losing face. Most westerners think you lose even more face by doing something wrong or not at all but learning a deep understanding of the Thai culture will definitely be a benefit to all.

Working in Thailand is generally great fun. Thais are fun to work with and the environment is far less stressful, more relaxed, and has more of a family feel than in the western world. At work, you’ll be highly respected and well taken care of, and you’ll likely make a lot of friends. As long as you expect that you might not work in the same way as you would back home, you’ll find yourself much happier. 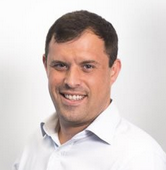 Daniel Wood
Co-Founder and Partner at RECRUITdee
Daniel has over 10 years technology recruitment experience gained around the world, bringing clients an invaluable mix of western and Asia-Pacific market knowledge. As Co-founder and Partner at RECRUITdee, he’s an expert in people management and business development, and specialises in technology market sectors - connecting clients with truly transformative talent in Communications, the Cloud, Cyber security, IT and Development. To contact Daniel, visit the contact page. Or, learn more about RECRUITdee.

WE’VE GOT THE
TALENT YOU NEED.

Sectors We Specialise In

Send Us a Message