By Daniel WoodAugust 22, 2022No Comments 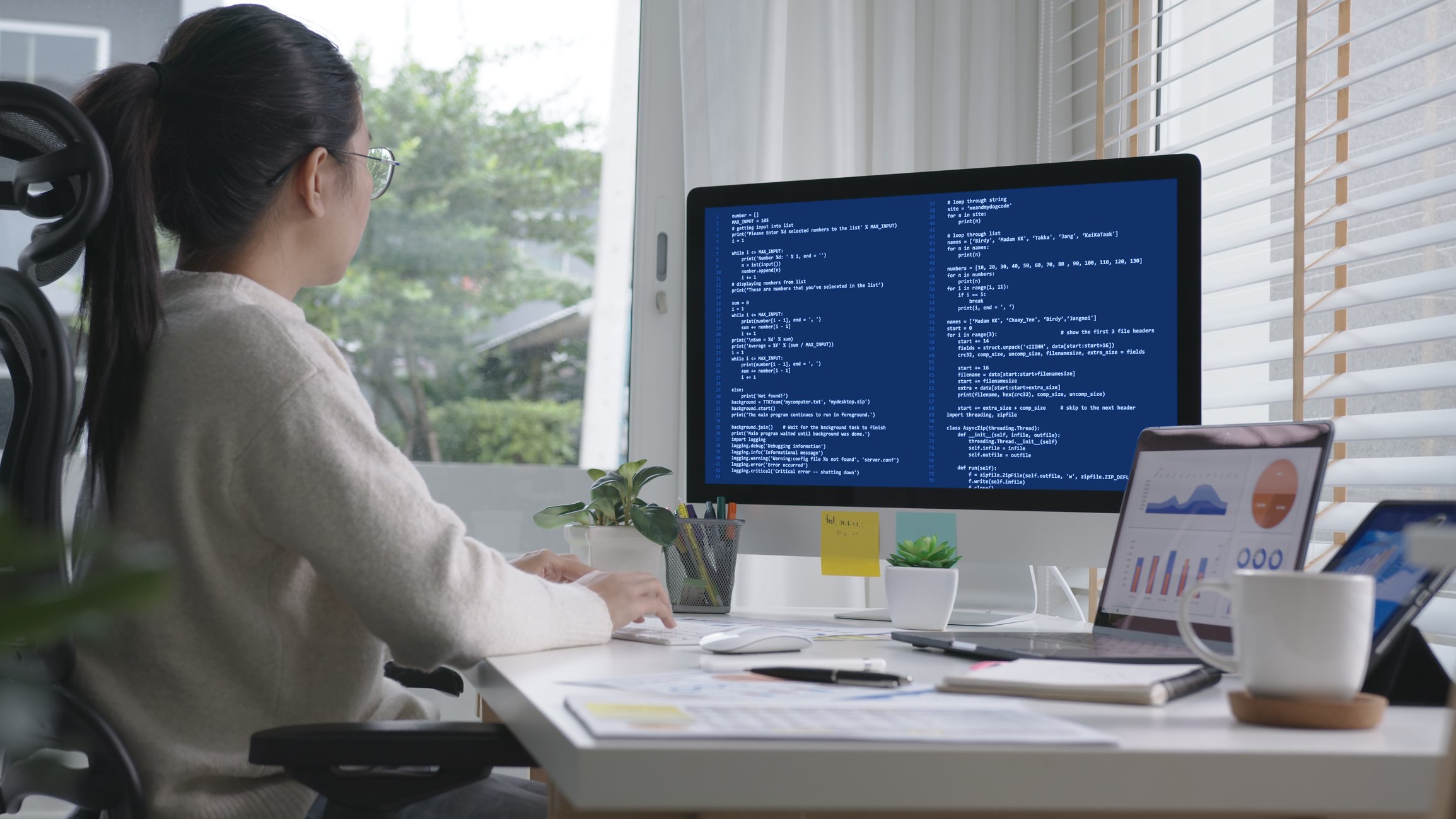 Software development tools can help developers in what can be an isolating and challenging profession at times. There’s not always someone to message or pick up the phone with that can help you solve a problem. Thankfully, there’s loads of awesome software out there. Built by developers like you, that can help the software developer community in Thailand grow and learn. 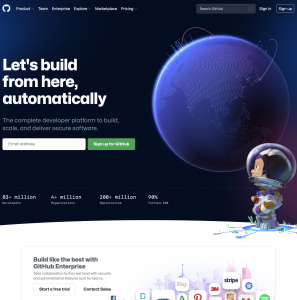 Arguably the most popular and widely used platform by up-and-coming developers. It’s a source control tool that makes code management a piece of cake. It makes sense to start with GitHub because managing all those lines of intricate code is the first thing most developers struggle with.

One of the best features of GitHub is that it’s free, as long as you’re sticking to open-source projects! It works on both Windows and macOS, so compatibility is rarely an issue. Or, you can stick to the cloud server. 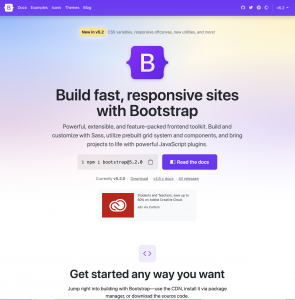 Bootstrap could be the ultimate beginning you need to jumpstart your web development journey. It’s a free framework tool that lets you create simple yet very responsive web layouts using CSS, HTML, and JavaScript (JS). As it’s an open-source tool, you can customize the features according to your exact needs for a project.

Bootstrap is often considered one of the most user-friendly software development tools of our time. It offers plenty of plug-ins, Sass variables, and pre-build components to make the development journey easy and seamless for you. 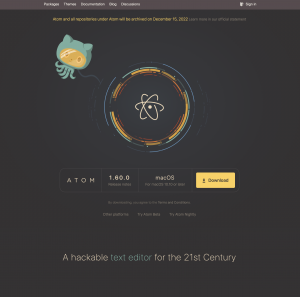 Integrated Development Environment or IDE is a very commonly discussed term in the Thai software development space. Atom is one of them and it has one of the longest 3rd party integration lists.

If we have to pick our favorite feature for Atom, we have to go with autocomplete. It’s just as it sounds. Just as your messages are automatically completed on a messenger app or a search query is completed by Google, Atom completes the lines in your code! Atom is basically compatible with all kinds of programming languages and frameworks which makes it a great contender in our list of the best software development tools. Update: Check the website for announcements – but Atom are archiving Atom and all projects under the Atom organisation on December 15th, 2022. 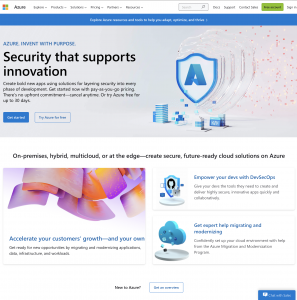 If you’re looking into cloud-based tools for your development projects, it doesn’t get any better than Azure. It’s a component offered by Microsoft where you can not only design but also test, deploy, and manage your cloud applications. Microsoft is the forerunner when it comes to advanced data centers so getting exposure for your creation is not a big deal on Azure.

The most commonly used programming languages on this tool are .NET, Python, JS, and PHP. However, these are just the tip of the iceberg because you can use a lot of other languages too. 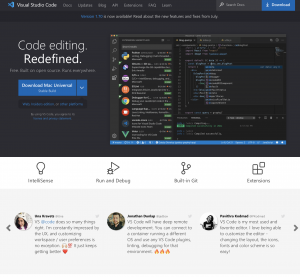 Yet another Microsoft product on our list of the best software development tools. If you’re a gamer on PC, chances are you’ve encountered Visual Studio C++ errors at least once in your life. Interestingly, syntax highlighting is one of Visual Studio Code’s key features. You can also benefit from the auto-indentation, built-in command line interface, and code completion features.

Thanks to Microsoft’s extremely global network, you can import hundreds of plug-ins, templates, and extensions to make the process even more convenient for you. You can also integrate your projects with GitHub to make them more manageable on the cloud. As it’s an open-source tool, you can use a plethora of low and high-level programming languages too. 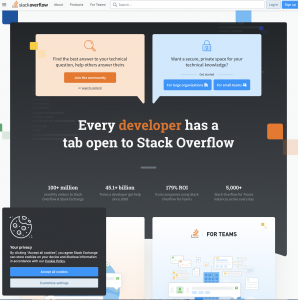 Computer Science, as well as Software Engineering graduates, can relate to Stack Overflow better than anyone else. Every time you try to look for codes for a simple program, Stack Overflow is most likely going to be the first result on Google. It’s more of a community than a tool where like-minded developers like you share information and spread knowledge.

So, if you truly want to become better at software development, you must have a handle on Stack Overflow. There’s no shame in asking for help from the community. As it happens, the SO community is one of the friendliest we’ve seen. 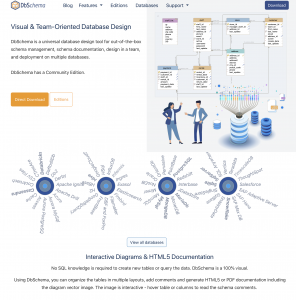 If one of your many goals is to diversify your developer portfolio, you must include database management in your skillset. DBSchema is one of the finest database designer tools out there. You can deal with SQLite, MySQL, Redshift, PostgreSQL, Showelflake, MongoDB, Microsoft SQL, and lots of other database management systems.

The feature we like the most on DBSchema is the Query Builder. It’s often hard for newcomers to wrap their heads around query management. Query Builder lets you learn in a visual form. It also includes a random data generator. So, you don’t have to look for datasets on the internet or actually collect them for testing purposes anymore. 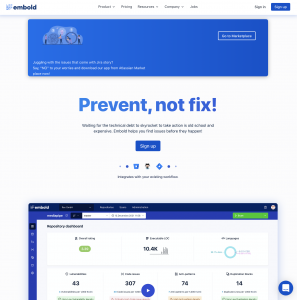 Debugging is a term software developers are very much familiar with. It’s one of the most frustrating processes in the software development lifecycle. That’s where Embold comes in. It’s a software analytics tool that analyzes your source code for issues. It could be your best friend during the learning process because you won’t have to spend hours figuring out where you missed a comma!

Another great feature of this software development tool in Thailand is the integration. You can integrate it with Azure, GitHub, Eclipse, Bitbucket, and lots of other open-source tools. 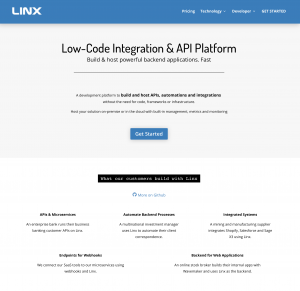 Looking into the low-code approach for your upcoming project? Looking for a tool that can help you in that regard. Look no further than Linx, the ultimate low-code tool. You can not only automate the backends of web applications but also create and automate other business practices.

Linx comes with more than 100 plug-ins that you can just add to your interface. It covers database management tools, REST, and SOAP web services. The best part is that the whole operation of this tool is based on the drag-and-drop model. So, you can learn from the ground up by using Linx as your visual instructor. 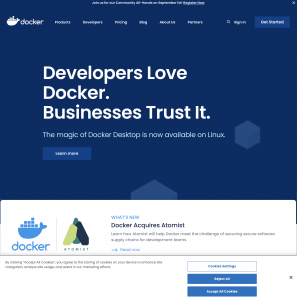 Distribution of the developed software is often a challenge for new programmers. You need Docker to help you in that regard which is a framework operating based on the containers model. Basically, you “contain” codes to create unique execution environments for your programs. As a result, you don’t have to go through the entire code every time there’s an error. All portions of your program will execute on the same kernel but in isolation.

Docker has been dominating the “containerization” paradigm since its birth. Over time, it has included all the tools for continuous integration (CI) and continuous development (CD). It’s the best tool if you want to move your program from one environment to another.

Software development tools will always be your best friend if you see a career in the industry. Get your hands on these tools and develop your skills.  If you are a software developer in Bangkok, then contact RECRUITdee. We may be able to make you an offer you can’t refuse!

WE’VE GOT THE
TALENT YOU NEED.

Sectors We Specialise In

Send Us a Message